Home > About the Project > The Patullo Family 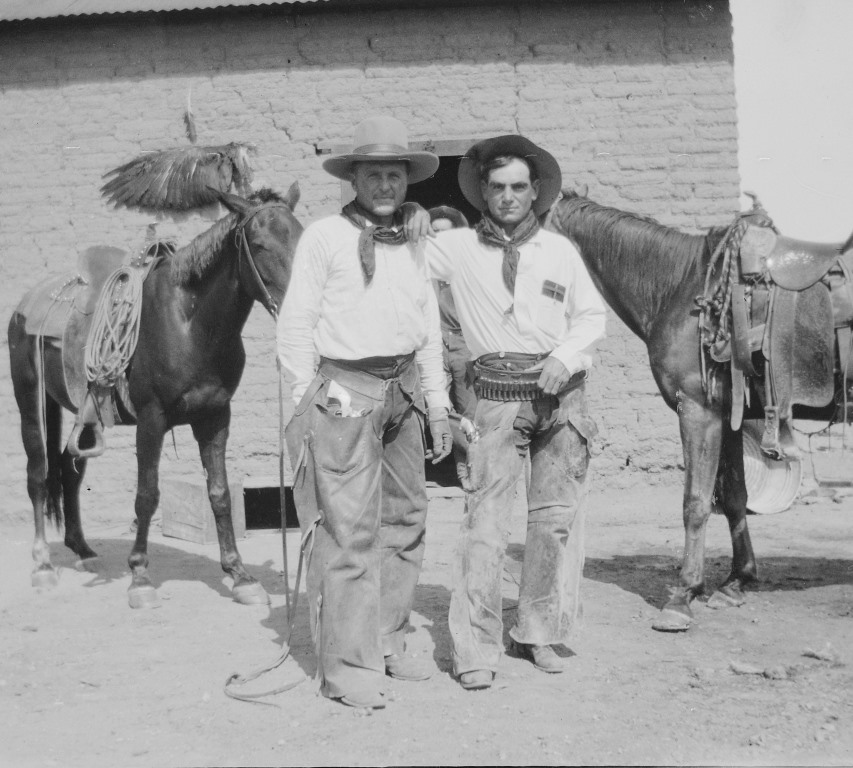 George Pattullo (on left), writer of Western stories, and a Mr. Sherman Rinehart posed with their horses outside a saloon in Sonora, Mexico. Nitrate negative, 1910. Detail of a photo by Erwin E. Smith (1886-1947). Erwin E. Smith Collection of the Library of Congress on Deposit at the Amon Carter Museum of American Art, Fort Worth, Texas, ©Erwin E. Smith Foundation

George was a journalist, like his father, and his career took him to Boston and the American West. He married an American, and lived in Dallas before joining the American Expeditionary Force as a special correspondent for the Saturday Evening Post.

George’s letters are entertaining and full of the excitement he felt being embedded with the troops – and his good luck at getting such great material, which he planned to sell for 90 cents a word! James was a little more reserved. He enlisted in Vancouver in 1915, and was part of the 72nd Battalion, Canadian Seaforth Highlanders. After the war he worked as a barrister in Vancouver, eventually becoming a King’s Counsel.