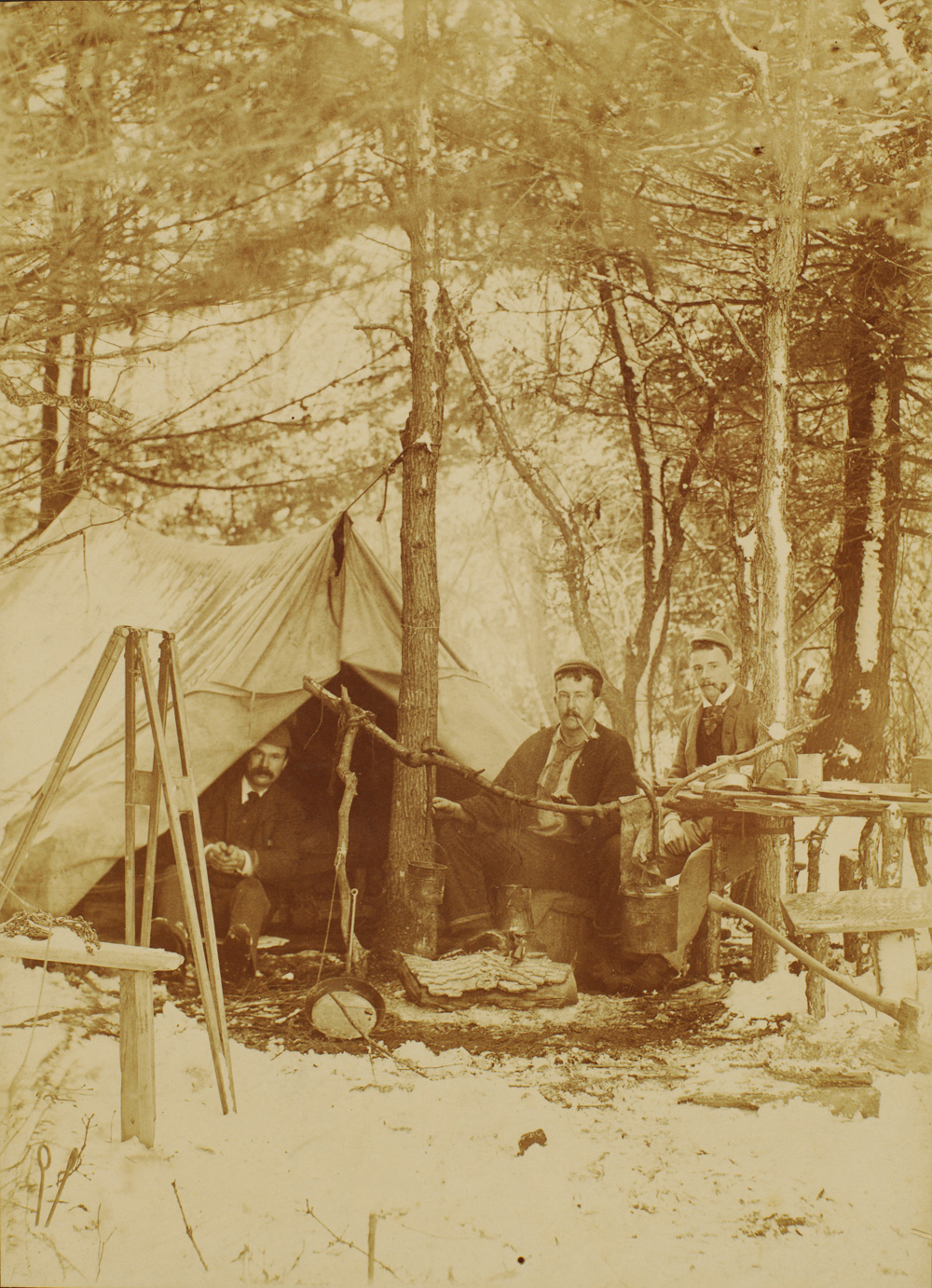 Photograph presumed to have been taken on the survey. Ogilby and two other men at unidentified camp.

William Law Ogilby, born 1872, was a chainman on a survey of the western boundary of the Esquimalt and Nanaimo Railway Belt on Vancouver Island, carried out between March 27 and October 8, 1892.

After the survey, Ogilby homesteaded in the Kamloops region of the Railway Belt in 1894. Unmarried at age 34, Ogilby enlisted in Lord Strathcona’s Horse (Royal Canadians) in 1900 and served in the South African War. He was discharged in 1901. Returning to his ranch, Ogilby received a Letters Patent for his property in 1902.

Ogilby went on to enlist in the Canadian Expeditionary Force in March 1916 for the First World War.

This diary was written by Ogilby and details his experiences as a chainman. A single mounted photograph accompanies the diary, depicting Ogilby and two other men at their camp, possibly during the 1892 survey.