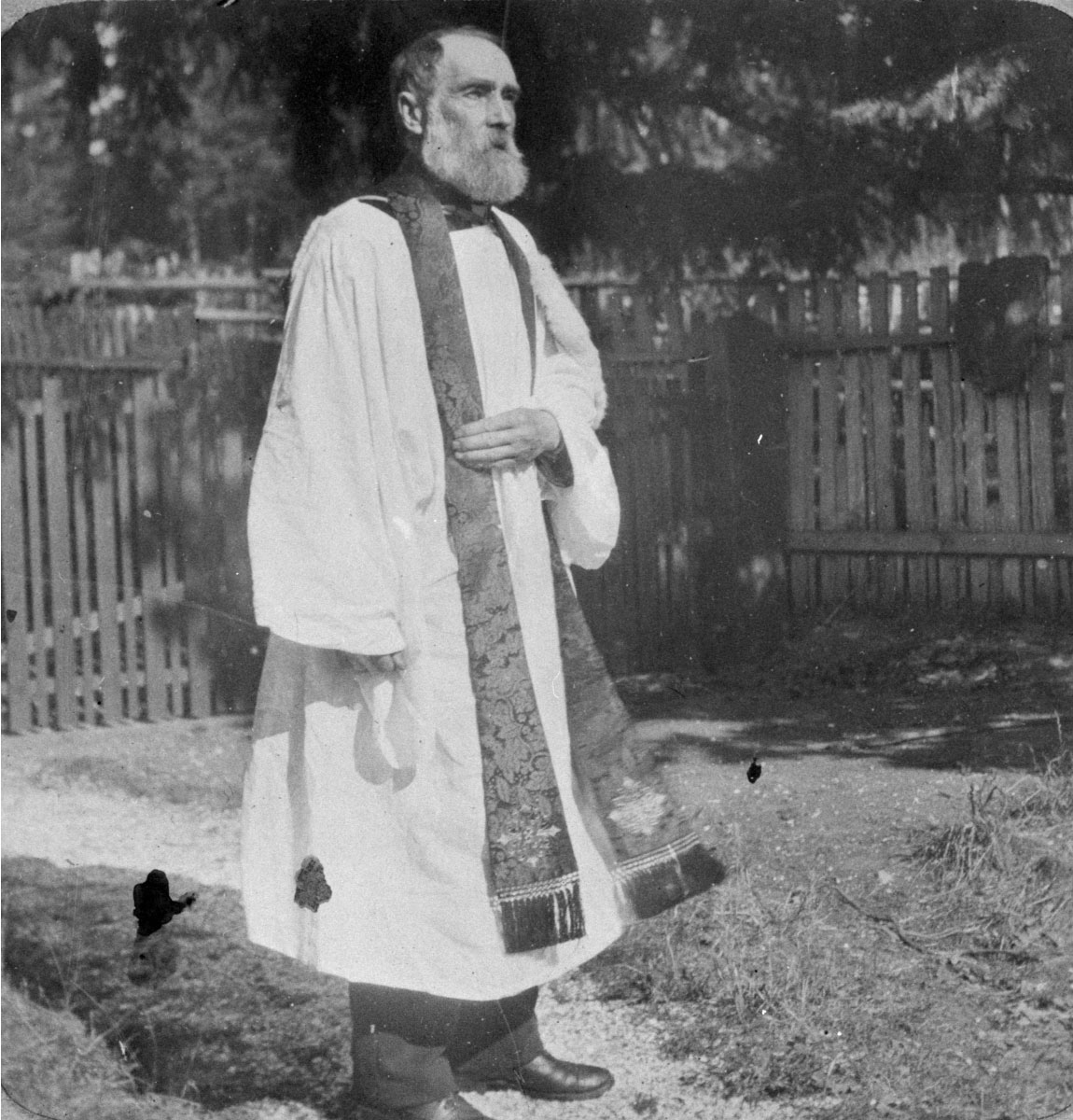 Missionary, educator, colonist—Robert James Roberts was born in Ireland on December 8, 1831. He graduated from Trinity College Dublin in 1857 then journeyed to North America, arriving in Upper Canada in May of that year. The following year he met Anglican Bishop of Upper Canada Maurice Scollard Baldwin and expressed an interest in serving the Church of England. Roberts was admitted to Deacon’s Orders on December 15, 1858 and acted as a missionary for 20 years.

Believing his health would benefit, Roberts accepted an assignment to the west coast and arrived at Esquimalt on September 13, 1878. Over the next year he investigated First Nations communities across Vancouver Island, searching for a suitable location for a mission and school.

In November 1878 Roberts visited Kuper Island and stayed with ‘John Peter’, the brother of the Penelekut Chief. He received encouragement from local First Nations communities who desired to see a school for their children and in December 1881 the schoolhouse was completed. School began on March 6, 1882.

In 1890 Ottawa granted the Roman Catholic Church the authority to administer the Kuper Island Industrial School. Roberts strongly disapproved and campaigned against this Indian Affairs’ decision. He argued all colleges and schools maintained by public funds should be non-denominational and began a writing campaign to local MPs, newspapers, Indian Agents and federal officials. Roberts’ activism resulted in no new policy and by 1893 he had accepted the Roman Catholic residential school at Telegraph Harbour, visiting regularly and offering occasional assistance. As a Church of England missionary he was not involved with the daily operations of the residential school and his records make no mention of the tragic experiences that occurred there.