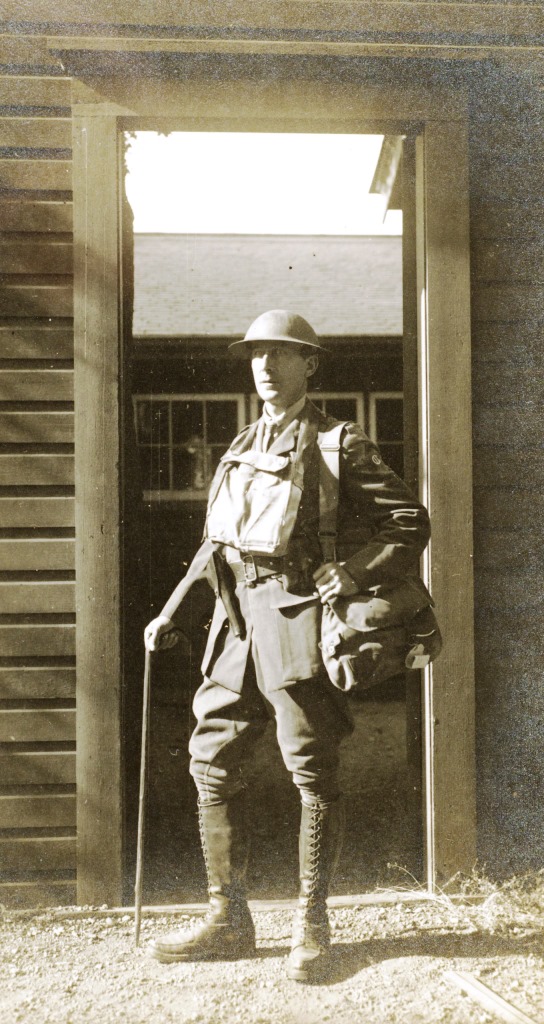 Arthur Douglas Crease was a trained lawyer who enlisted in Victoria on January 7, 1916. Born in 1872, he was already married and working for the family’s law firm when he joined up.

He was assigned to the 88th Battalion, and first saw service in France in the summer of 1916. He was a good correspondent and wrote regular letters to his brother Lindley (also a lawyer) describing his work as an officer in the trenches. He went, fully aware of the risks – in July of 1916 he wrote to this brother and said “Long before you get this I expect I shall have been in France some time and probably shall have performed my part and been called off the stage”.

He describes some of the battles in great detail, and by October 12, 1916, he has seen the worst of trench warfare. He writes to Lindley “It seems doubtful if I shall ever be able to write or talk about what we have been through on the Somme. You know I came out the only officer in our company out of six. The battalion is covered with glory and wounds”.

At Courcellette, Crease records the very first use of tanks by the British. As the war went on, Crease was assigned duties that used his legal training. He acted as a prosecutor in military courts martial, still on the front line, and sometimes while under German fire. He survived the war, and continued his legal career in Victoria, dying at the age of 95.

Letters from Arthur Douglas Crease of Victoria to his brother Lindley Crease and his mother Sarah Crease; instructions for the offensive of July 26, 1917; and a regimental notebook.